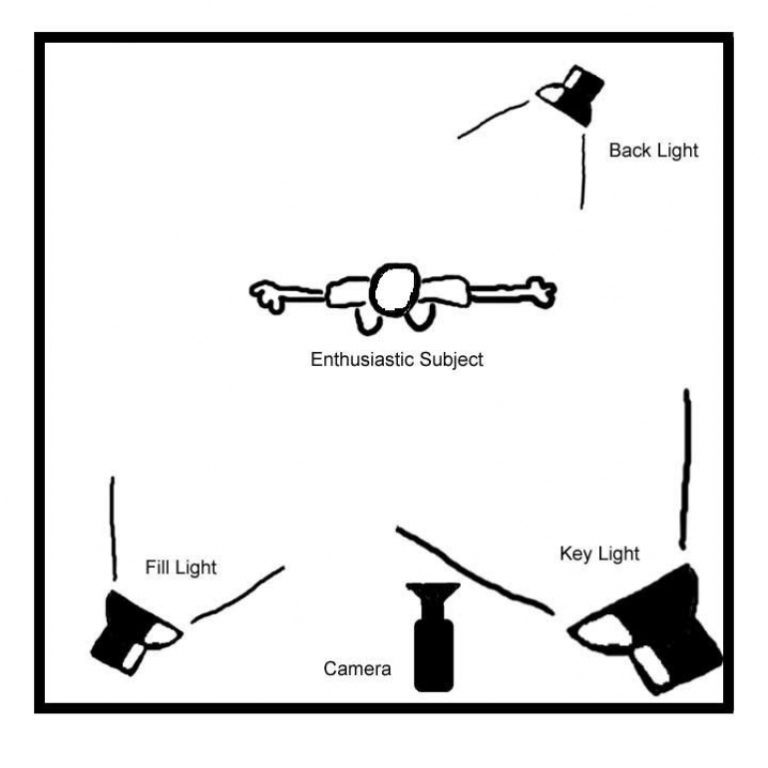 THREE-POINT LIGHTING, WHAT EVERY FILMMAKER, PHOTOGRAPHER, AND 3D ARTISTE NEED TO KNOW.

Three-point lighting (also known as the lighting triangle setup) is a standard method used in visual media such as theatre, video, film, still photography, and computer-generated imagery. By using three separate positions, the photographer can illuminate the shot’s subject (such as a person) however desired, while also controlling (or eliminating entirely) the shading and shadows produced by direct lighting. Now that you have your lights it’s handy to know how to use them. Turning them on and pointing them at your subject is a good start, but if you really want to get the most out of them you can use what’s known as “the lighting triangle. 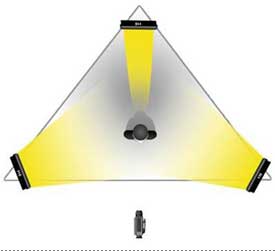 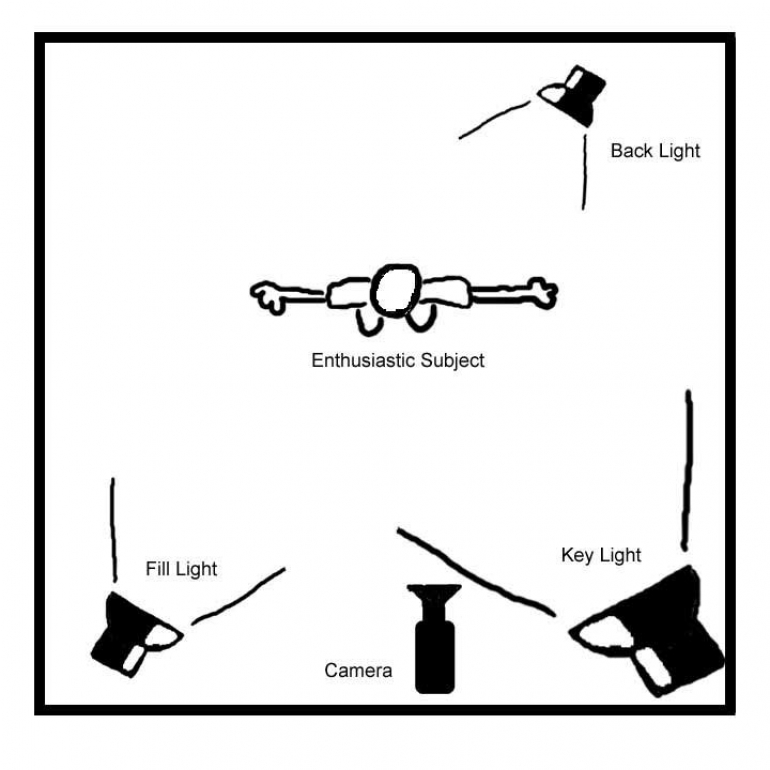 The key light, as the name suggests, shines directly upon the subject and serves as its principal illuminator; more than anything else, the strength, color, and angle of the key determines the shot’s overall lighting design.

In indoor shots, the key is commonly a specialized lamp or a camera’s flash. In outdoor daytime shots, the Sun often serves as the key light. In this case, of course, the photographer cannot set the light in the exact position he or she wants, so instead arranges the shot to best capture the sunlight, perhaps after waiting for the sun to position itself just right. 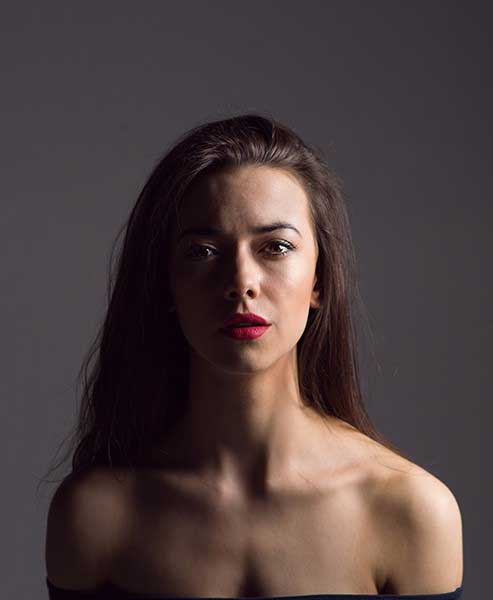 A portrait with the key lighting: a 300-watt key light

The fill light also shines on the subject, but from a side angle relative to the key and is often placed at a lower position than the key (about at the level of the subject’s face). It balances the key by illuminating shaded surfaces and lessening or eliminating chiaroscuro effects, such as the shadow cast by a person’s nose upon the rest of the face. It is usually softer and less bright than the key light (up to half), and more to a flood. Not using a fill at all can result in stark contrasts (due to shadows) across the subject’s surface, depending upon the key light’s harshness. Sometimes, as in low-key lighting, this is a deliberate effect, but shots intended to look more natural and less stylistic require a fill.

In some situations, a photographer can use a reflector (such as a piece of white cardstock mounted off-camera, or even a white-painted wall) as a fill light instead of an actual lamp. Reflecting and redirecting the key light’s rays back upon the subject from a different angle can cause a softer, subtler effect than using another lamp. 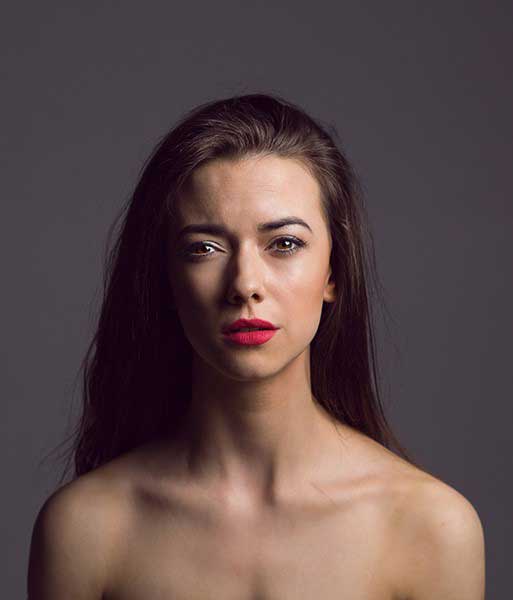 A portrait with the fill lighting: A 150-watt fill light.

The backlight (a.k.a. the rim, hair, or shoulder light) shines on the subject from behind, often (but not necessarily) to one side or the other. It gives the subject a rim of light, serving to separate the subject from the background and highlighting contours. 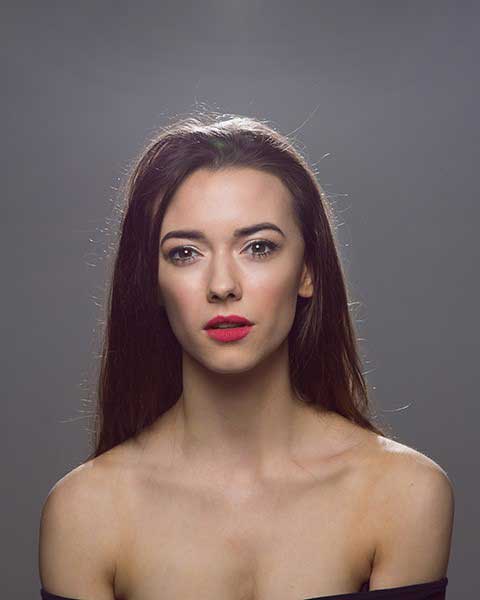 A portrait with the backlighting: A 300-watt backlight

The addition of a fourth light, the background light, makes for a four-point lighting setup. 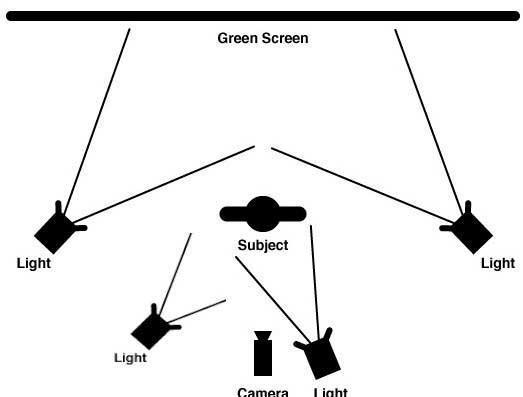 Arrows pointing at the background lights.

In this tutorial, I will show you how to use  Cinema 4D to create a fantastic text animation. Link to

In this tutorial, I will show you how to use Adobe Photoshop to create a fancy water splash cup. Project